The Pantheon is located about 1 Km away from the Hotel King and it’s a former Roman temple, now a church, on the site of an earlier temple commissioned by Marcus Agrippa during the reign of Augustus (27 BC – 14 AD). The present building was completed by the emperor Hadrian and probably dedicated to him about 126 AD. The original Pantheon burned down, so it is not certain when the present one was built. It is one of the best-preserved of all Ancient Roman buildings, in large part because it has been in continuous use throughout its history, and since the 7th century, the Pantheon has been used as a church dedicated to "St. Mary and the Martyrs" but informally known as "Santa Maria Rotonda". The building is circular with a portico of large granite Corinthian columns. In a street next to "Piazza della Rotonda" there is one of the most famous place in Rome where to taste a coffee the “Casa del Caffè al Pantheon-Tazzadoro” founded in 1946 and now well known to have the best coffee blends in the world. 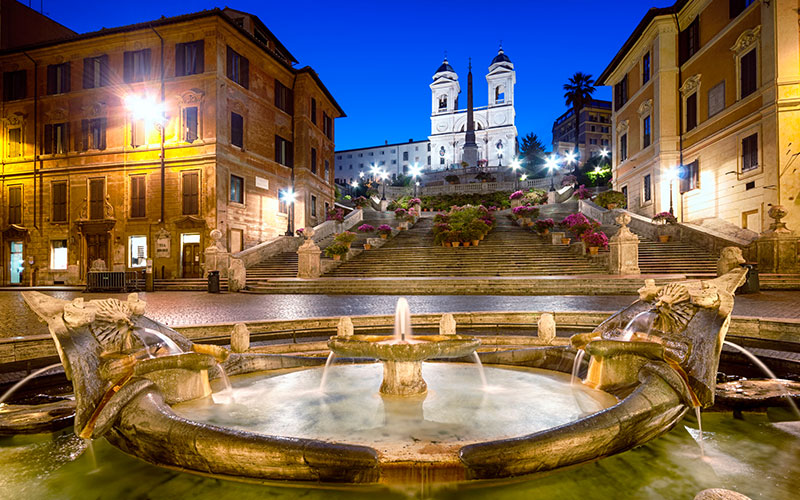 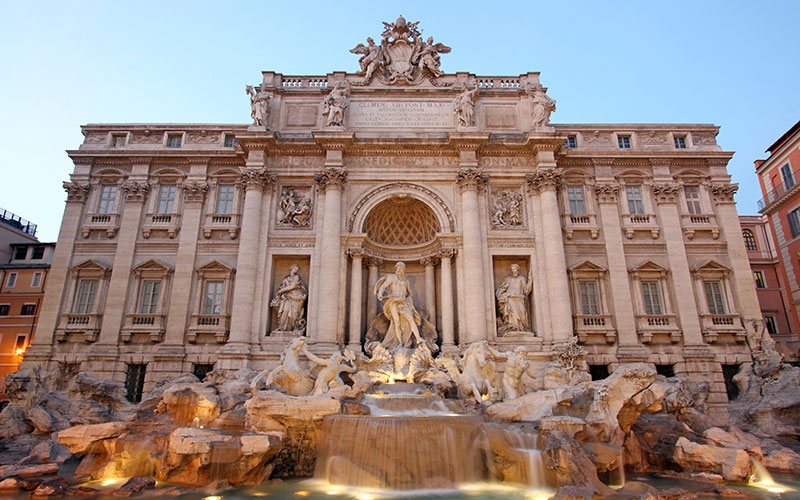 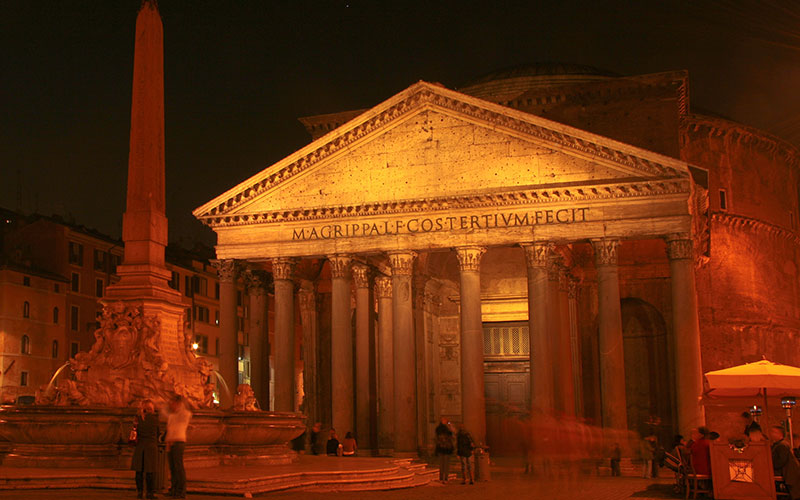